Israel tourism has taken a hit since September

By BERNIE BELLAN For a change of pace, rather than focusing on local issues in this column, I’ve decided to write about the effect that the ongoing spate of attacks by Palestinians on Israelis has had on tourism in Israel.


It’s not easy to find reports of the disastrous effect that those random attacks have had on the tourist industry in Israel – for understandable reasons. The Israeli government would be very reluctant to concede that those attacks have had a crippling effect, not only on the psyche of Israeli citizens, but on the willingness of foreigners to visit Israel.
While data for the numbers of tourists to have visited Israel varies widely depending on the source (For instance, some sources include all visitors to Israel, including people there on business), the Israeli government does provide statistics on the number of tourists who have visited Israel which indicate that the final four months of 2015 showed a precipitous decline in tourism
Here are figures for the number of tourists to visit Israel from September – December for the years 2012-2015 (in thousands), as supplied by the Israeli Ministry of Tourism:

The total number of tourists to visit Israel in all 12 months of 2015 was 2,799,500.
Contrast this with the record number of tourists to visit Israel in 2013, which was 2,926,700. But, until those stabbings and car rammings began in September, Israel was well on its way to receiving a record number of tourists, something which was especially gratifying after the hit the entire economy took as a result of the 2014 war with Hamas.
Still, while the overall numbers may be down, there are some interesting aspects of the tourism trade in Israel that may offer some hope for the future that I was able to glean from another table produced by Israel’s Tourism Ministry, and that is where the tourists are coming from.
Here were the leading countries of origin for tourists to Israel in 2015:
USA -  637,300
Russian Federation – 414,600
France – 300,100
United Kingdom – 197,900
Germany – 197,700
Ukraine – 138,000
Where was Canada on the list? Only 66,700.  Compare that with the number of Canadian tourists to visit Israel in 2013: 71,000.

What I find most fascinating in these figures is the number of tourists from Russia and Ukraine. While I don’t know how many of those tourists were Jewish or not, the fact is that Israel has become a prime tourist destination for tourists from Eastern Europe. Flights to Israel are cheap from Russia and Ukraine; a random check on Expedia showed flights ranging from $440 - $500.
But, while there has been an upsurge in tourists from Eastern Europe – especially since Turkey has become an increasingly dangerous place to visit, I couldn’t help but notice what fantastic deals are available for tourists from Western Europe. I was able to find a one-week package holiday including airfare from London and a week’s stay in a hotel in Eilat for only $750 Cdn.
According to what I’ve been reading about the decline in the number of tourists  who are visiting Israel these days, the pain is being felt almost exclusively in Jerusalem. Eilat is receiving record numbers of tourists, while Tel Aviv is doing about the same as it had in previous years. Other tourist centres, such as Netanya and Herzliyah, have experienced slight declines, but nothing major.
Still, it was an ad appearing in this week’s issue of our paper that made me take stock of the current situation - an ad from an organization called “Bet Halochem” (Home of the Soldier) advertising a mission to Israel.
“Mission to Israel?” I thought. That’s something you just don’t hear about much these days. Last year there was a Jewish Federation Mission to Israel – as there has been almost every year since I can remember. I haven’t heard of one going this year, nor is there one that I’ve seen from the Canadian Friends of the Hebrew University (which, in recent years, found itself forced to include other destinations such as Italy, in addition to Israel, in order to attract participants).
But, what if you just wanted to go to Israel on your own from Canada? There are some terrific deals available. You could fly there (from Toronto) and stay a week in a nice hotel in Tel Aviv for under $2,000, taxes included. Or, if you just wanted to fly to Israel the prices for flights are extraordinarily cheap these days. You can get a flight from Winnipeg to Tel Aviv return for just a little over $1,000.
There is one other aspect to the tourist situation in Israel that bears repeating, which is the tremendously important role that Christian tourism plays. According to Israel’s Ministry of Tourism 56% of tourists to Israel in 2014 were Christian. Christian tour groups have continued to go to Israel year after year, even as Jewish tour groups have been declining in number.
Until this past September Jerusalem remained the most popular tourist destination in Israel by far, especially among Christian tourists. No doubt, unless the random attacks perpetrated by Palestinians subside, it is hard to imagine how Jerusalem can recapture that prominent position any time soon.

Okay, so it’s probably too late to think of going to Israel on a winter holiday.  I’ve been to Israel often before and I never tire of visiting that country (although the length of the flight does get to me). I admit though that I’ve been to Jerusalem so many times (and lived there as a student), that I don’t particularly fancy going there again anytime soon. But Tel Aviv? Wow! That is one city that I never tire of visiting.
The fact though is that when it comes to taking a winter vacation, there aren’t many Canadians who put Israel into their travel plans.
There’s a reason that I put my article about the upcoming  Palm Springs reunion of Winnipeggers and ex-Winnipeggers on page 1 of this issue: Palm Springs (with a nod to Boca Raton) is now the winter capital for so many Winnipeg Jews.
But, with the Canadian dollar taking the hit that it’s taken these past couple of months, I wonder how many snowbirds might have reconsidered their plans had they known they would be paying over 40¢ on the U.S. dollar this winter? (I know that I cut short my planned holiday to the States that we’re going to take this year.)
Like so many aspects to life these days, the requisite pilgrimage to Israel is hardly a must-do for anyone who’s Jewish and under the age of 50. Sure, all those kids going on the free Birthright trip are as eager as ever to take advantage of that opportunity. But, when it comes to a follow up trip years down the road – not likely for those Birthright participants.
I realize that the experience of going to Palm Springs, Florida,  or Mexico is hardly the same as going to Israel, but for any of you who experience guilt pangs over being able to lead a comfortable life in Canada without having to experience the day to day concerns that our compatriots in Israel do, why not consider a trip to Israel some time this year? I’ll always remember the gratitude expressed by Israelis to those of us who flew to Israel as part of a mission during the Gaza war in August 2014. 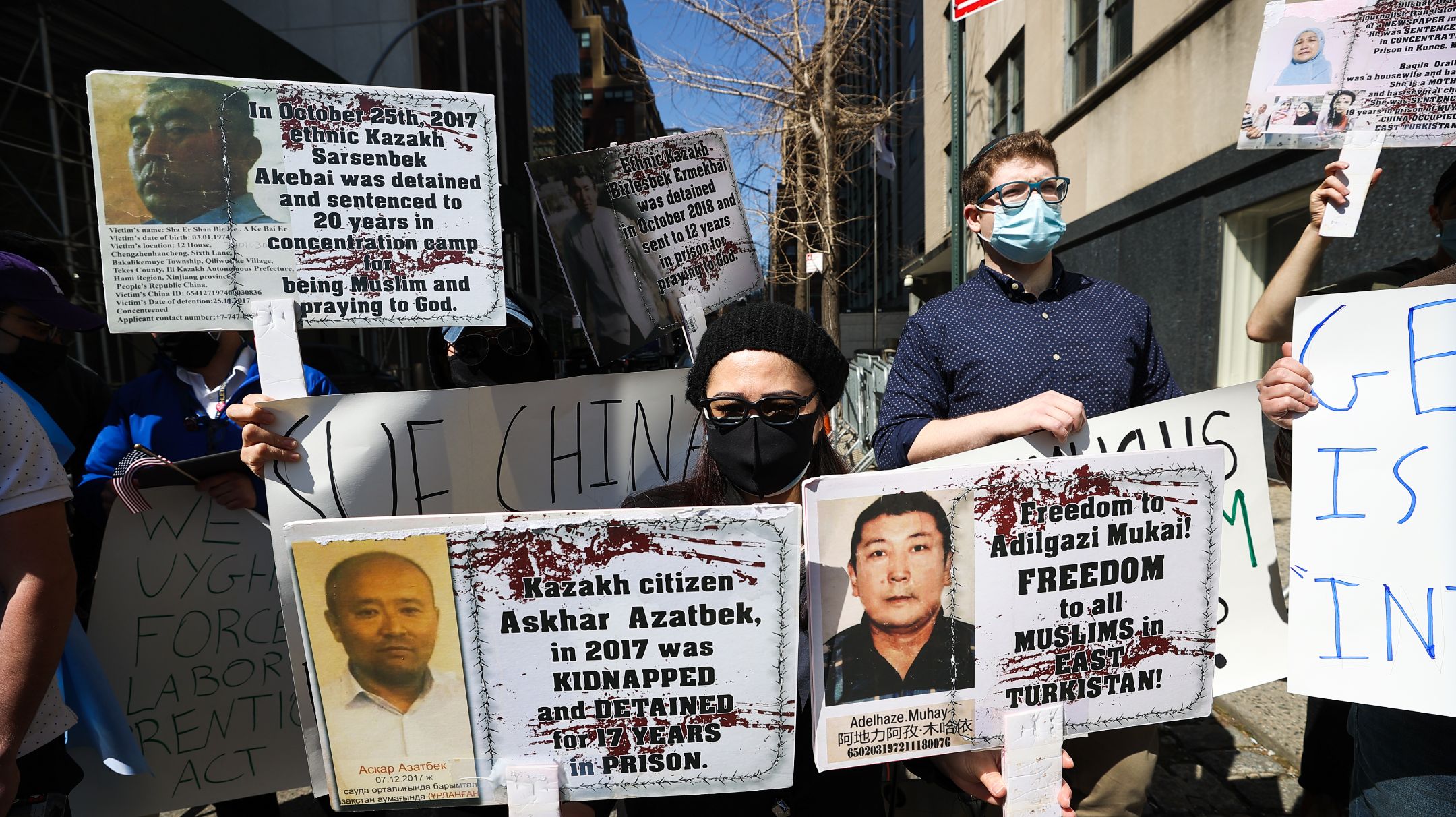 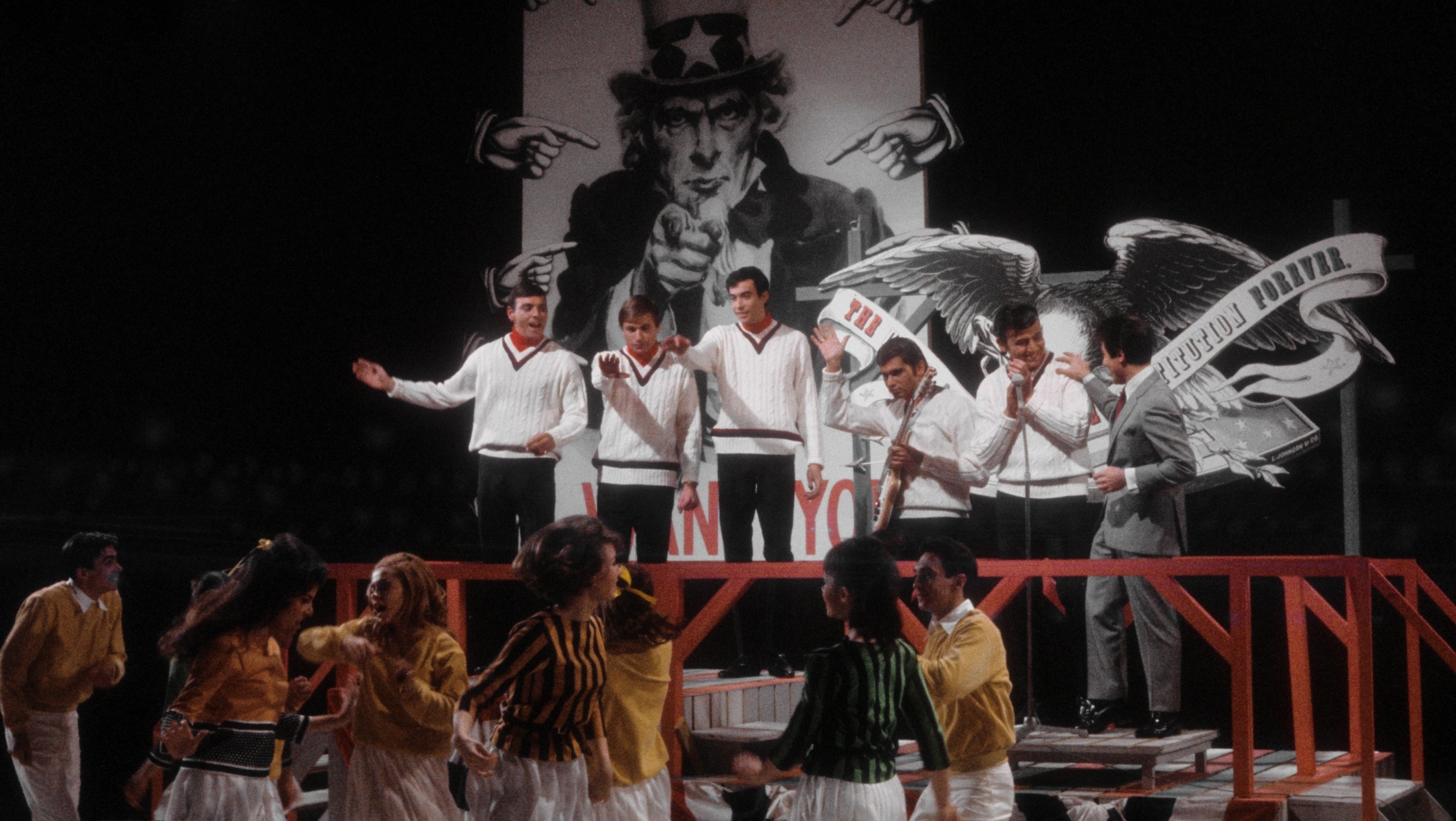 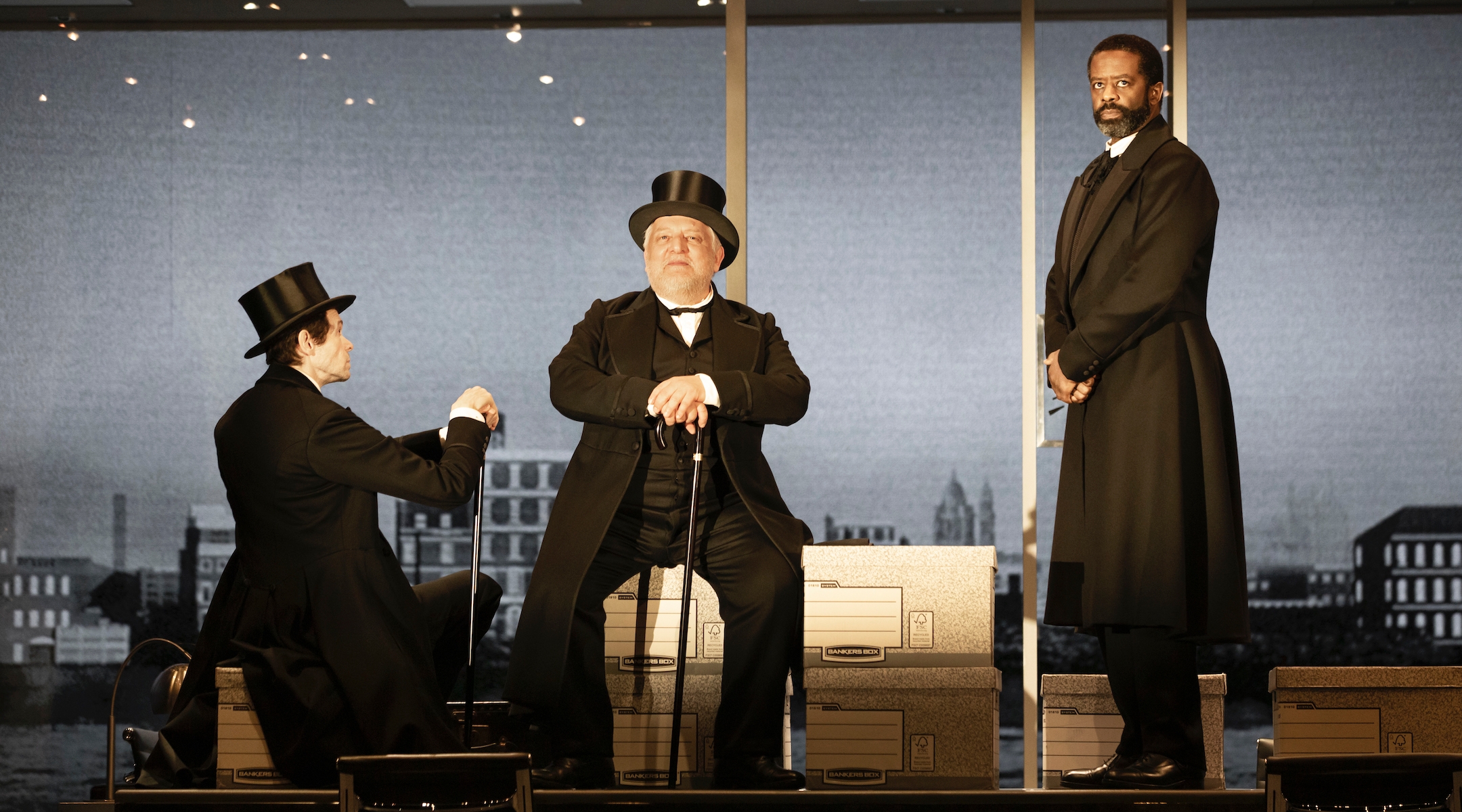 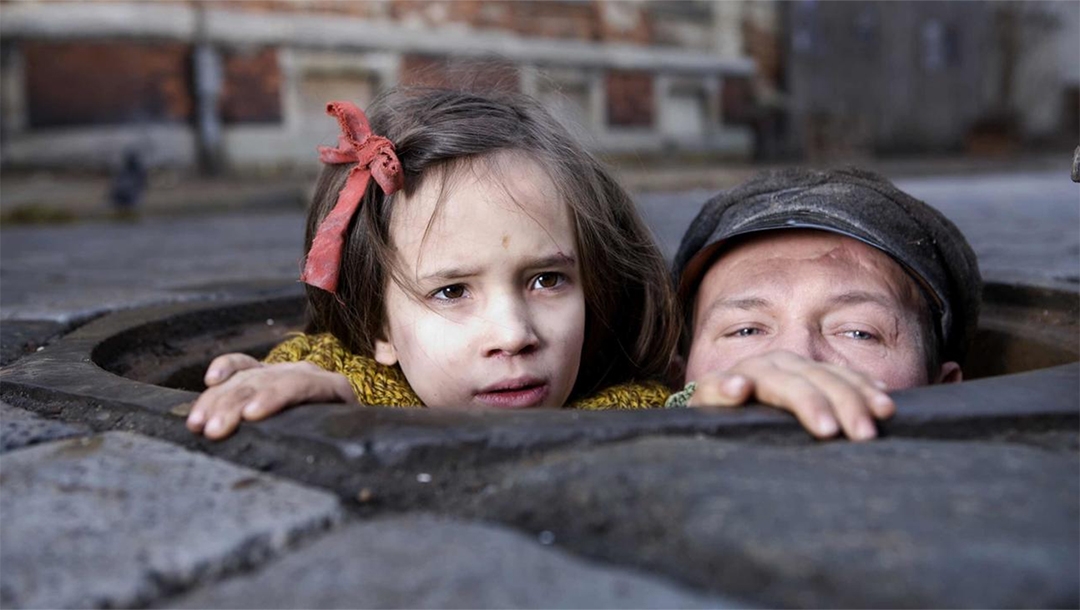 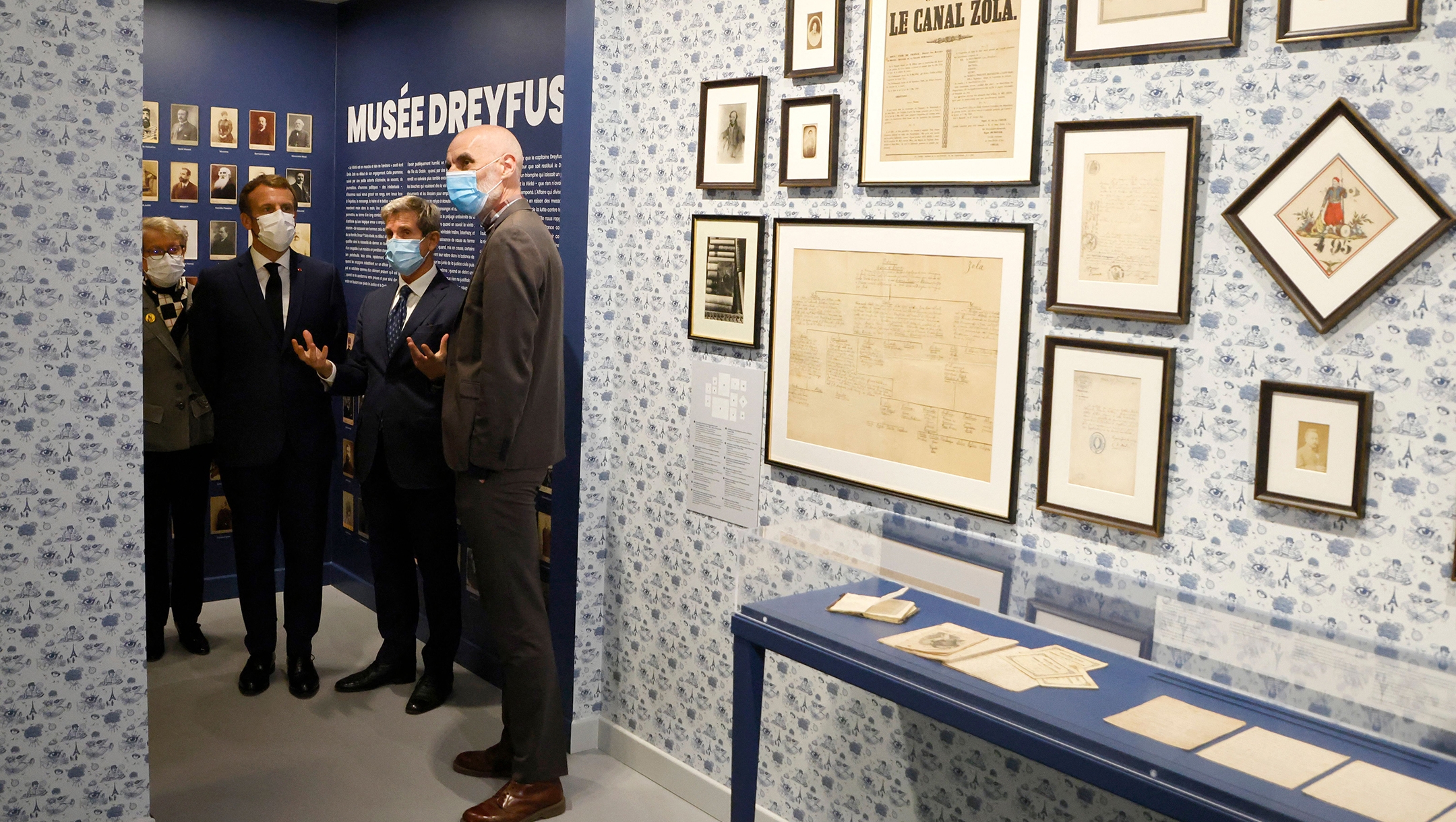 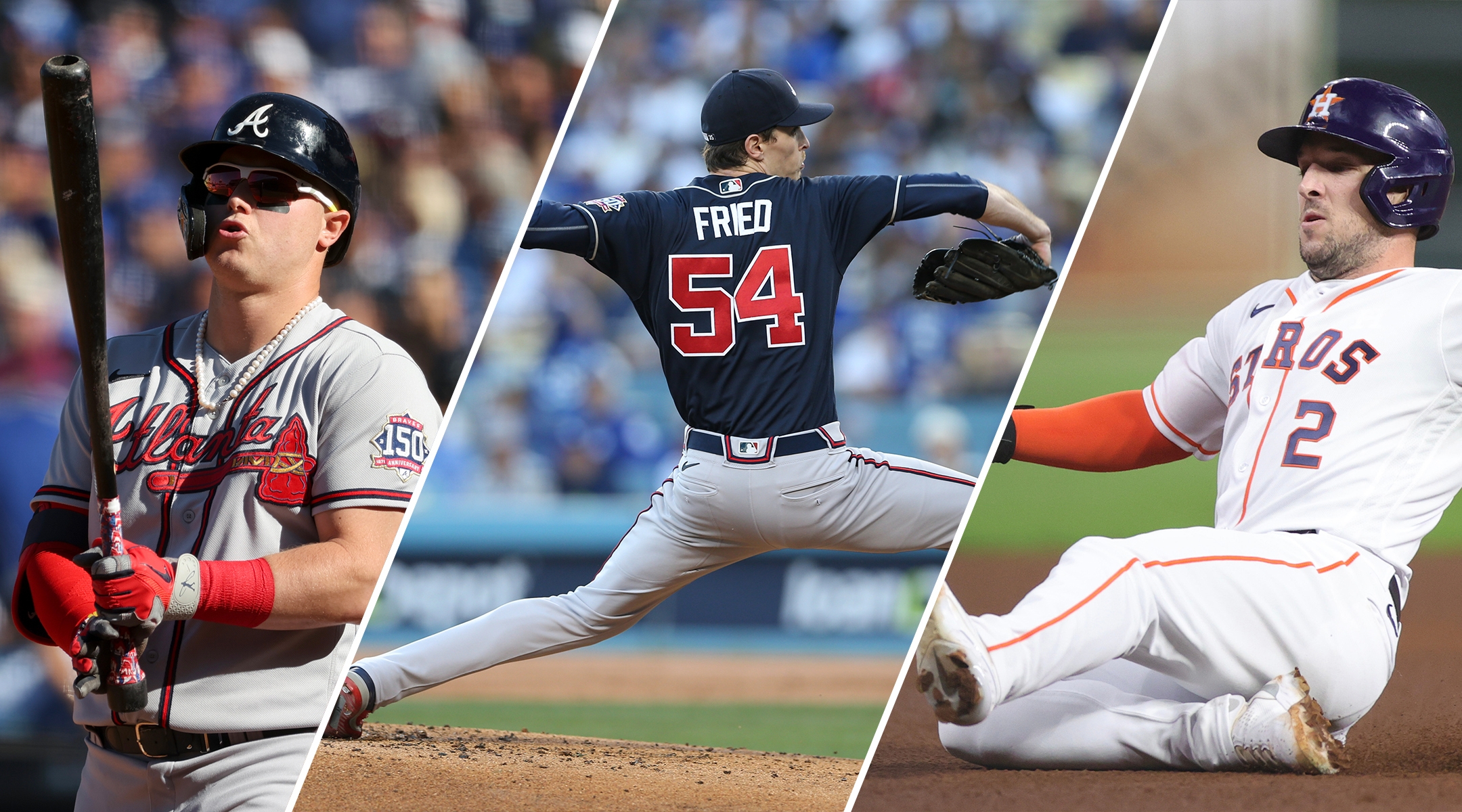 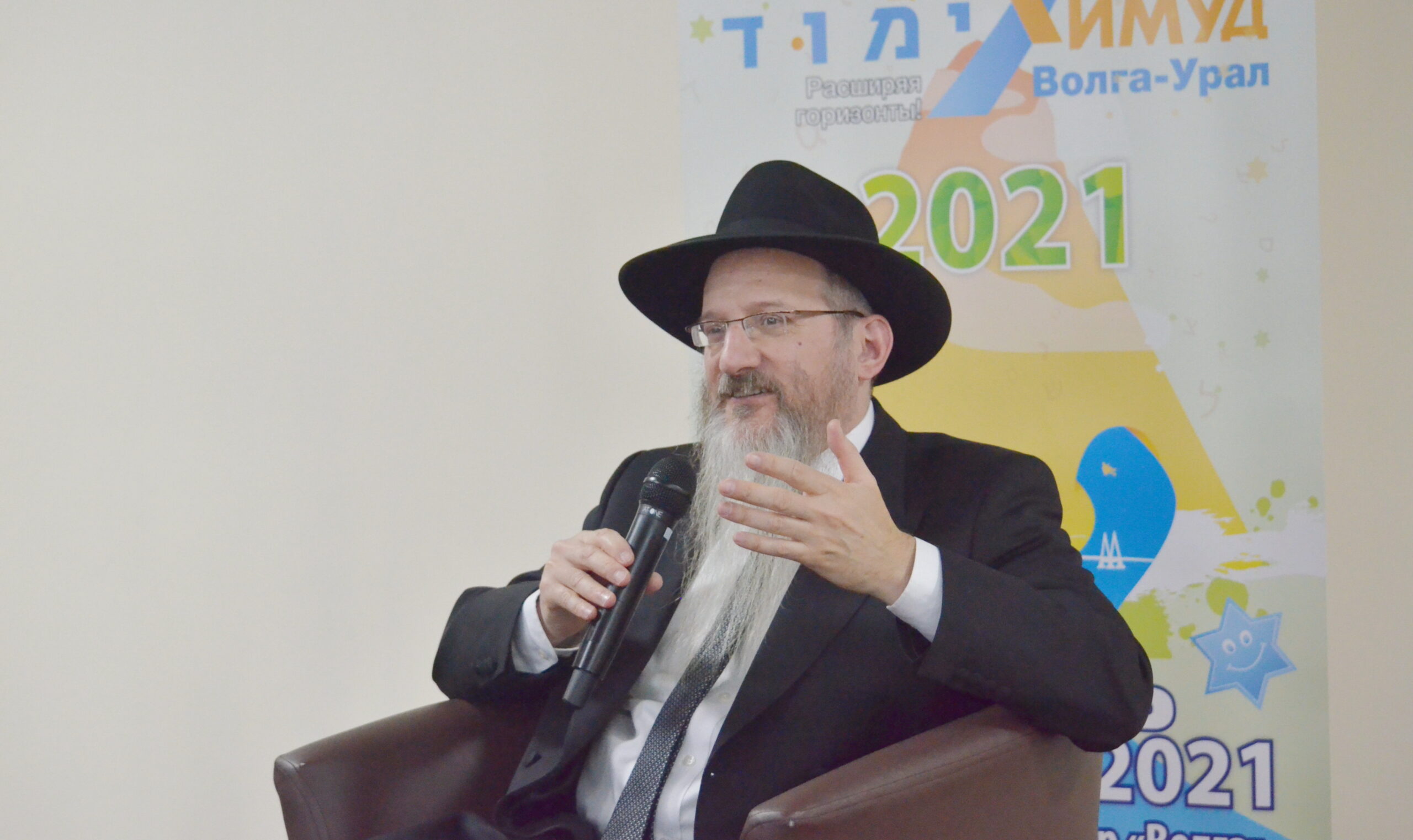 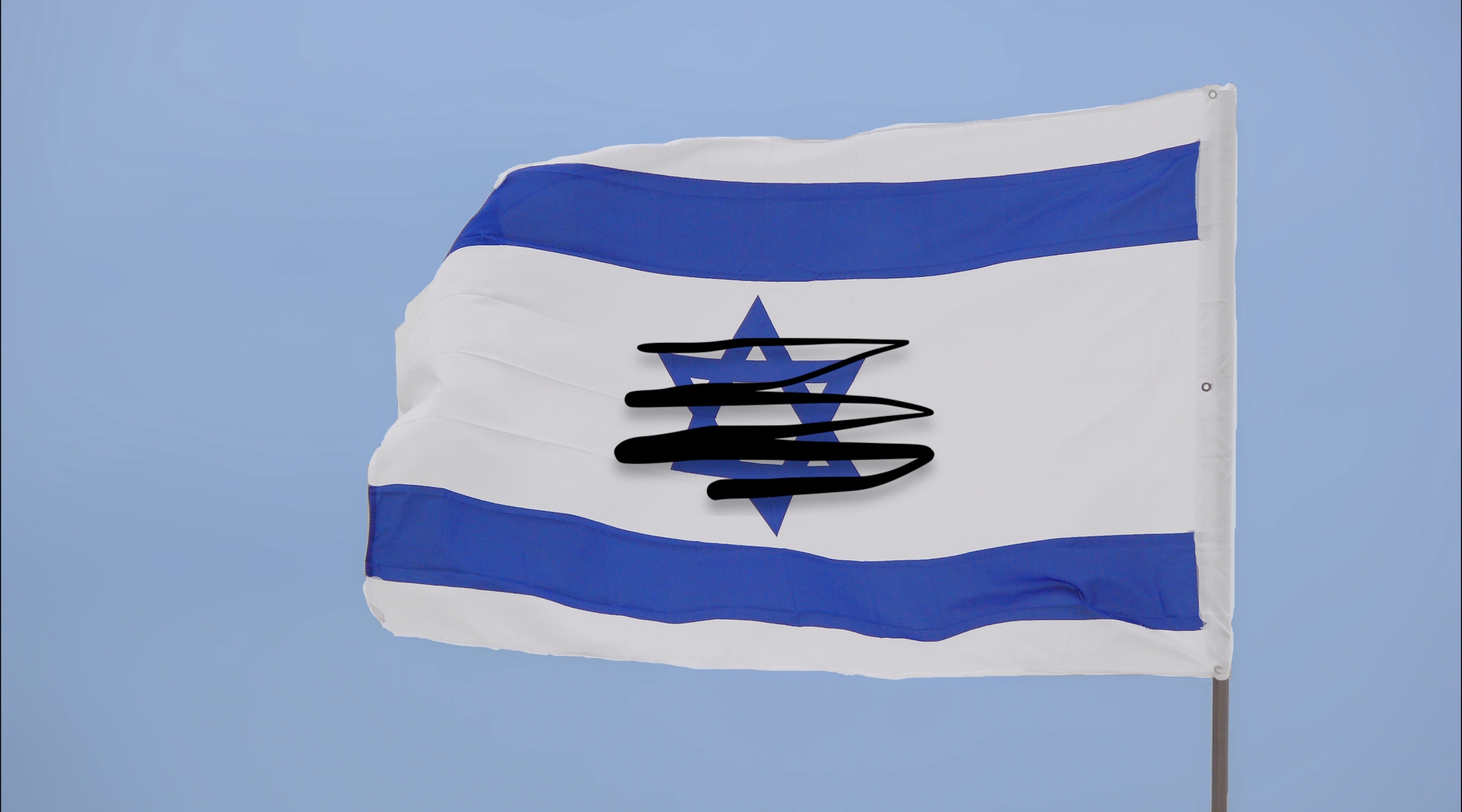 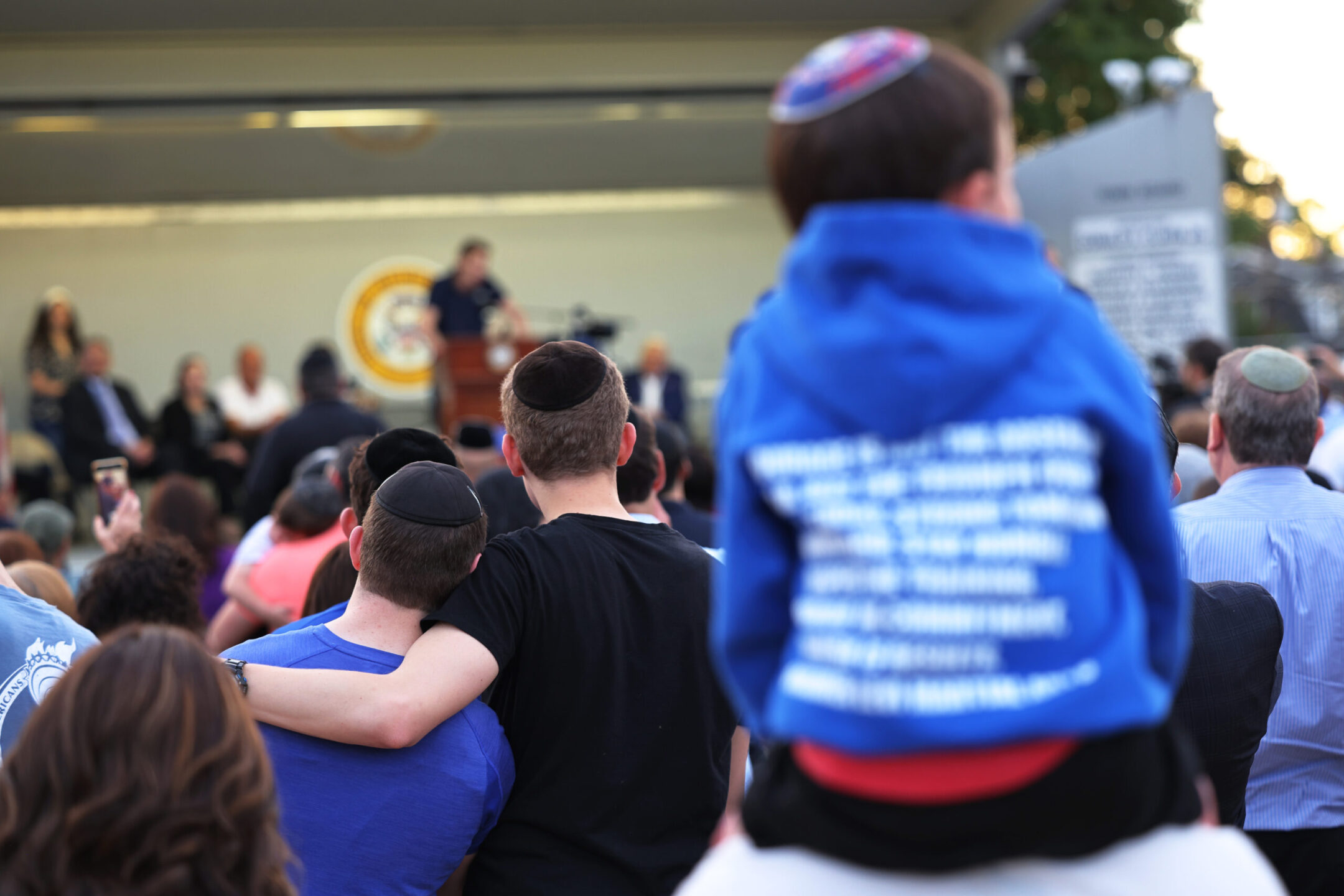 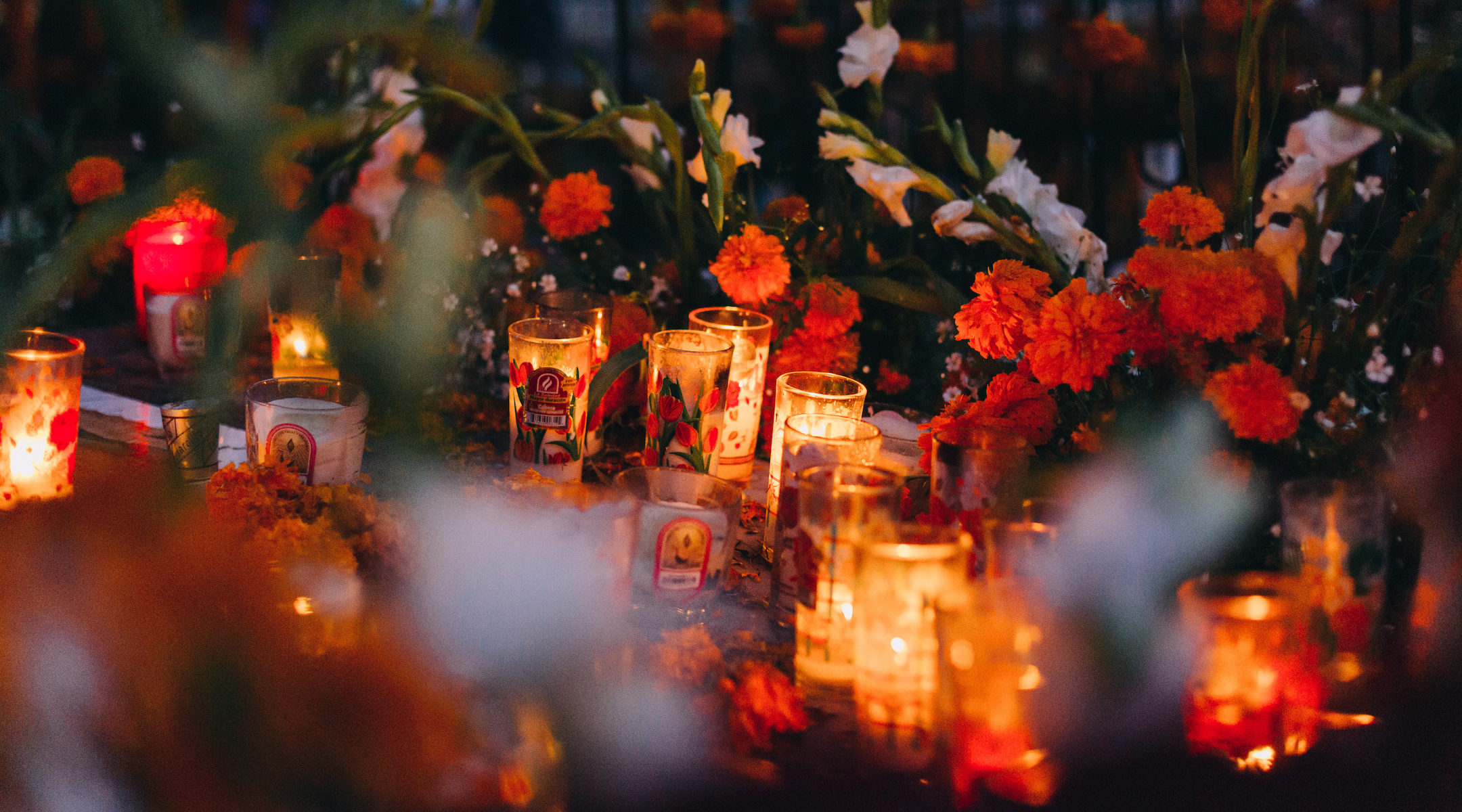 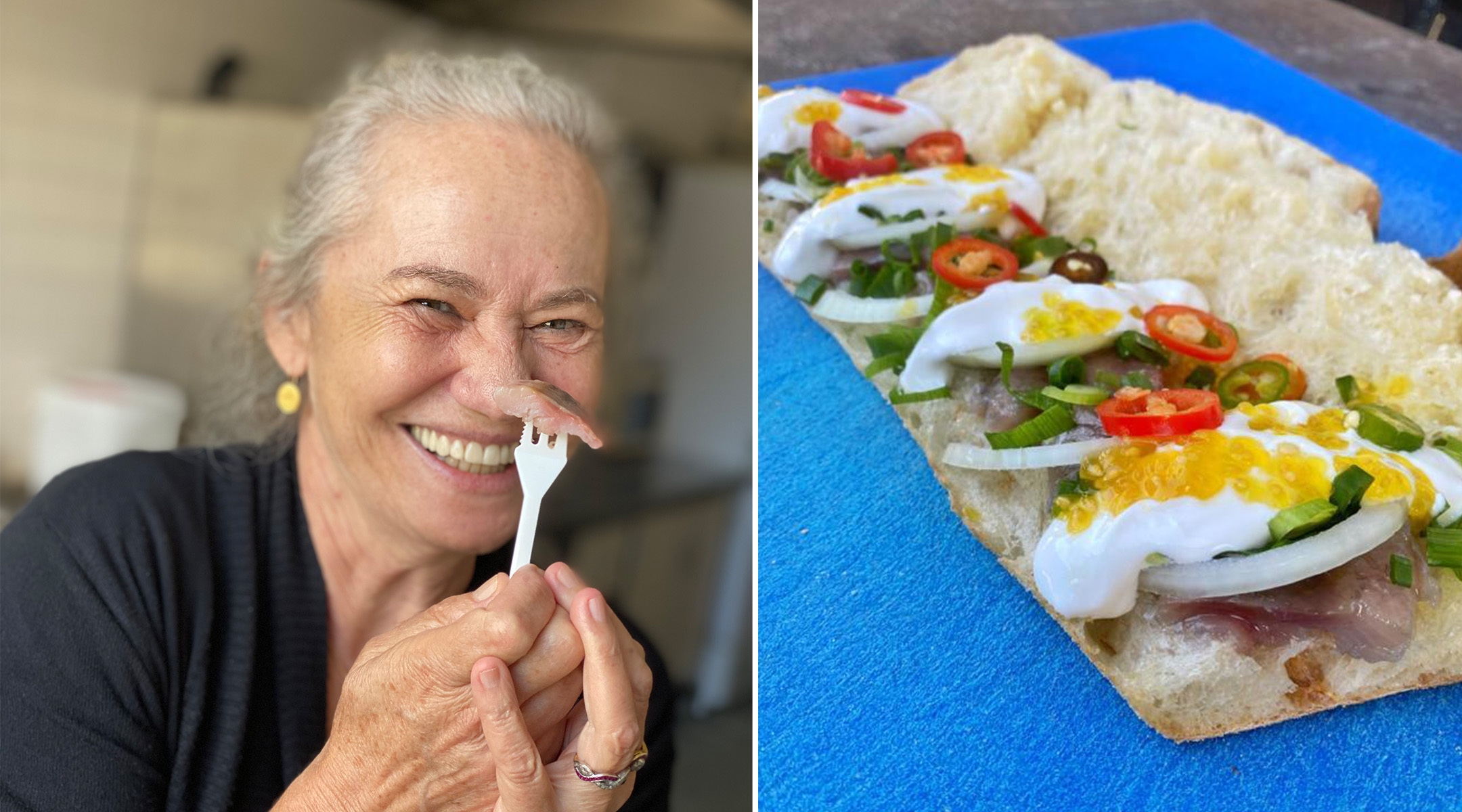